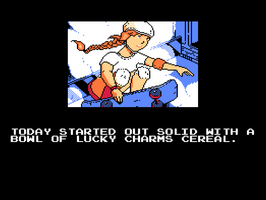 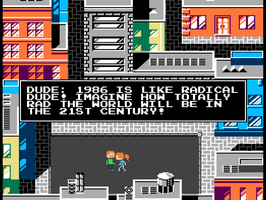 After releasing a prototype version in October last year, we spent the following months to fix all the major and minor issues with the RC1 version, and also added a couple of new features that were not present in the early public version. And here we are now, with this final ROM! We are extremely happy to finally publish this NES game for everyone to play and share. We started to work on What Remains more than two years ago, and it has been quite an adventure!

We would like to thank all the playtesters who gave us so much feedback during the 4 sessions held in Rotterdam last year, as well as all the players who tried the prototype during the last months and reported all the issues they found. That was very helpful!

Starting next month, we will resume the work on the physical release (for the very limited 80 cartridges run) and publish the source code, technical docs and music files, so that everyone can see how worked and put all this stuff together. By the way, if you want to know a bit more about the context and motivation around this project, we have some extra material to read on our website.

Now, go play the game and let us know what you think about it!